Last night I taught a public yoga class for the first time since giving birth!  That means over 9 months ago...
And let me tell you, it was so needed.  I felt at home.  I felt that pull of energy that is offered up from my heart every time I step in front of a class.  You all know by now what I've been up to since Isak was born.  How my little family and I have been living out here on Nantucket for 4 months (and counting) until our house is renovated back in Boston.  I haven't had the chance to jump back into teaching yet, so when this opportunity came up to sub for Paul at The Yoga Room, I was all about it.  And I love yin.  It's the season to begin diving back into a more yin mode.
Anyway, 8 wonderful yoga students showed up and we sank into our joints and tissues with compassion and ease, while listening to this new playlist I conjured up for the occasion.
And students back home?  I offered it up to you, too!  Happy Halloween everyone! 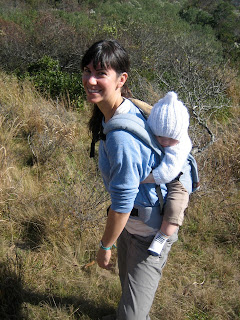 Email ThisBlogThis!Share to TwitterShare to FacebookShare to Pinterest
Labels: My little elf and I

Sequence to Open the Hips/Chest

Earlier this week I did a longer and more intense practice that left me a bit sore and tight for the couple of days that followed.  So yesterday I decided to dedicate the physical part of my practice to releasing some tension in my hips and opening up my chest.  After a long, slow warm-up consisting of mindful sun salutations, crescent lunges with back knee down, some gentle backbends such as locust pose...I began this sequence:

-from tadasana (mountain pose), step into virabhadrasana II (warrior 2).  Breathe slowly into trikonasana (triangle) and hold.
-transition with the breath to prasarita padottanasana(wide-legged forward fold).  After a few breaths here, keep the head down and begin to swivel the feet so that you end up facing the front of your mat and finding a slightly shorter stance for parsvottanasana (intense side stretch pose).
-in parsvottanasana, come to fingertips to the mat with neck steady and level, so as to open the pectoral muscles while stretching the hips/hamstrings and strengthening the ankles and back.
-next transition into ardha chandrasana (half moon).  Whichever foot is more forward, take that hand and walk it out and up a few inches.  Once setting your drishti (gaze), begin to lift the back foot off the mat, opening the hip, chest, and top arm for a deep side stretch/chest opener.
-without losing your focus, move from half moon directly into urdhva muka eka pada rajakapotasana (half pigeon).  This means the foot in the air will (as gracefully as you can manage) return to the back of the mat and your hips will square to the mat as you prep your knee, arms, hips for the pose.  Hold half pigeon longer than any of the other poses.  Maybe add a twist, stay upright, fold arms behind you, or take king pigeon.  Listen to where you need to be.  When ready to come out of it, lift arms out and up until palms meet over head for another slight back bend, then plant hands to the mat on both sides to come out into adho muka svanasana (downward facing dog).
-stay in down dog for a few breaths, then end in balasana (child's pose) for as long as you need before starting the same sequence on the other side.

After practicing this sequence on both sides, I suggest rounding out the practice with at least one deep forward fold, one nice twist, and maybe an inversion before resting in savasana.

Namaskaram!
Posted by Jenn at 9:20 PM No comments: 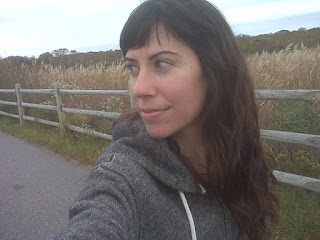 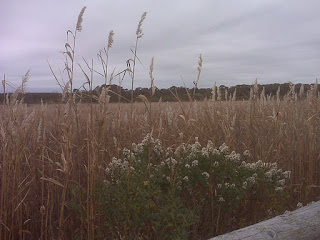 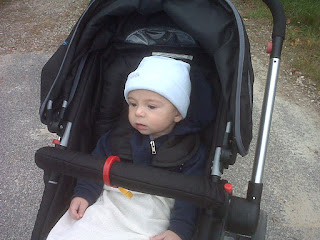 Mid-October here on Nantucket, and it's a blustery but sunny and perfect temperature day.  It's been a week of rain, cloudy days, walks in the breeze, new colors peeking about, new music to cook, bake, and practice yoga to.  We've made a few new friends here on the island.  We've now been here 3 1/2 months and still have 1 1/2 or so to go, so it's nice to know people to call up.  Our home in Somerville has gone through ups and downs during this energy retrofitting and construction phase.  We think we're over the last hump and just trying to relax and wait it out now until our early December move-back-in.
New music?  Well, it's been Iceland Airwaves week across the Atlantic...and oh how I wish I could have been there for the incredible line-up.  My dear friends, Nina and Sam, are there taking it all in for me!  Bjork, the queen goddess of unique, vibrant, melodic splendor released her Biophilia this week (on the full moon day at that) so I've been listening all week.  My faves are the songs Virus, Crystalline, Moon, and Thunderbolt though the entire album is wonderful.  Plus, if you haven't checked out Olafur Arnald's latest free Living Room Songs, do so immediately.  Near Light makes me want to run out into the moors and jump/dance with all the love I have.  And Lag Fyrir Ommu will make you miss dear ones and remember the grace they portrayed on you.  The combination of all of this music made for new creative sequencing in my yoga practice and centering vibes this week.  As always, thank you Iceland for the music that you provide to us all!
Posted by Jenn at 2:56 PM No comments:

1 Year Married to my Love 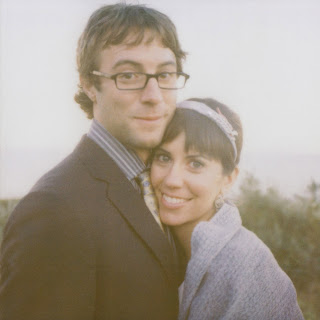 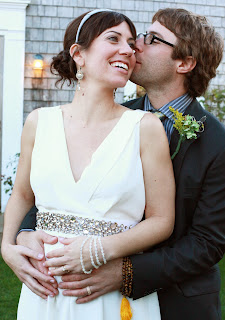 A year ago today, we were married on the most perfect autumn day here on Nantucket.  It was an intimate, joyous, spirit-filled gathering and today we go back to the same spot with our boy.  How beautiful life can be.  We've had the most full year of our lives, and we are grateful for so much love.

*We also remember Grandma Frances Paulson today.
Posted by Jenn at 8:45 AM 2 comments:

Email ThisBlogThis!Share to TwitterShare to FacebookShare to Pinterest
Labels: Photos by the amazing Jen Altman: lovebyjen.com

Yoga happenings as of late have been scattered as usual in my mommy life.  I've been focusing on reclaiming a strong sirsana (headstand), so I'm at least doing that every day.  Feels great!  When I can't make it to a real class (which I did not this week), I practice at home for sure, and sometimes you just need an extra push my someone else doing the thinking.  There are a variety of podcasts or videos one can choose from.  I love my friend Sarah's!  She is such a skilled teacher and since I miss seeing her and taking her class in person, well, these are the next best thing.  Plus, they are free (though I highly suggest donating if you plan to do them on a regular basis)!  You can find the link at the upper corner of this here blog.  I did a nice 50 min. slow flow the other day that hit the spot.
Today, however, it's my Moon time.  Yes, I mean menstrual flow.  All of us women get it, no shame in bringing it up here!  And yes, I am one of the 10% or so of breastfeeding mothers who actually get theirs regularly (and have been since month 2 pp).  Glad to know, right? ')  Anyway, no headstands for me today.  The full moon is approaching in a few days and it's time for me to honor rest in my body.  As Isak naps, I just did a long stint in child's pose, some down dog, some hanging forward fold.  Add on a couple of very slow vinyasas then holding some forward folds, such as janu sirsana, parsvotanasana, and paschimottanasana.  Ending with gentle legs up the couch (onto pillows)!
Sarah's podcasts inspire me to make one someday (hopefully in the year to come) for exactly this--a woman's moon time.  It's left out of classes much too often and women should feel encouraged to take it however they choose.
Here's to healthy menstrual flows! 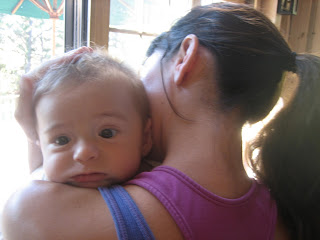 Now off to a delightful autumn island weekend:  time spent with Isak's grandparents, cranberry festival, farmers market, Yogawoman viewing with Nantucket yoginis, my 1st wedding anniversary with my love (and hopefully date night out!), and gratitude.
Posted by Jenn at 12:53 PM No comments: